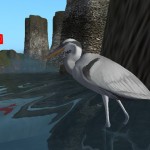 In June of 2007, work began on the National Oceanographic and Atmospheric Administration’s sim ‘Okeanos’. In collaboration with colleagues at Aimee Weber Studio, a series of activities demonstrating some of the National Ocean Service’s responsibilities were put together. Akimeta’s role in the project involved the creation of various buildings and other infrastructure, terraforming, landscaping, the creation of dozens of plants and animals, along with supplimentary texture and implimentation of scripted solutions from other contractors on the project. More photos of the project are available here. 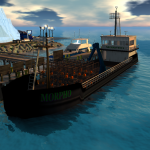 In 2008, Akimeta was again contracted via AWS to provide assets for NOAA’s new Alaskan project, Thetis. Built around the area of Dutch Harbor at Unalaska, Alaska, the idea was to highlight the crab fishing industry in Alaska and its associated difficulties. Akimeta provided construction and texturing of two vessels – a crab vessel that has become the central activity area for the region, as well as a recreational fishing vessel, moored in the area. Some landscaping and animal creation services were also provided. More photos of the project are available here. 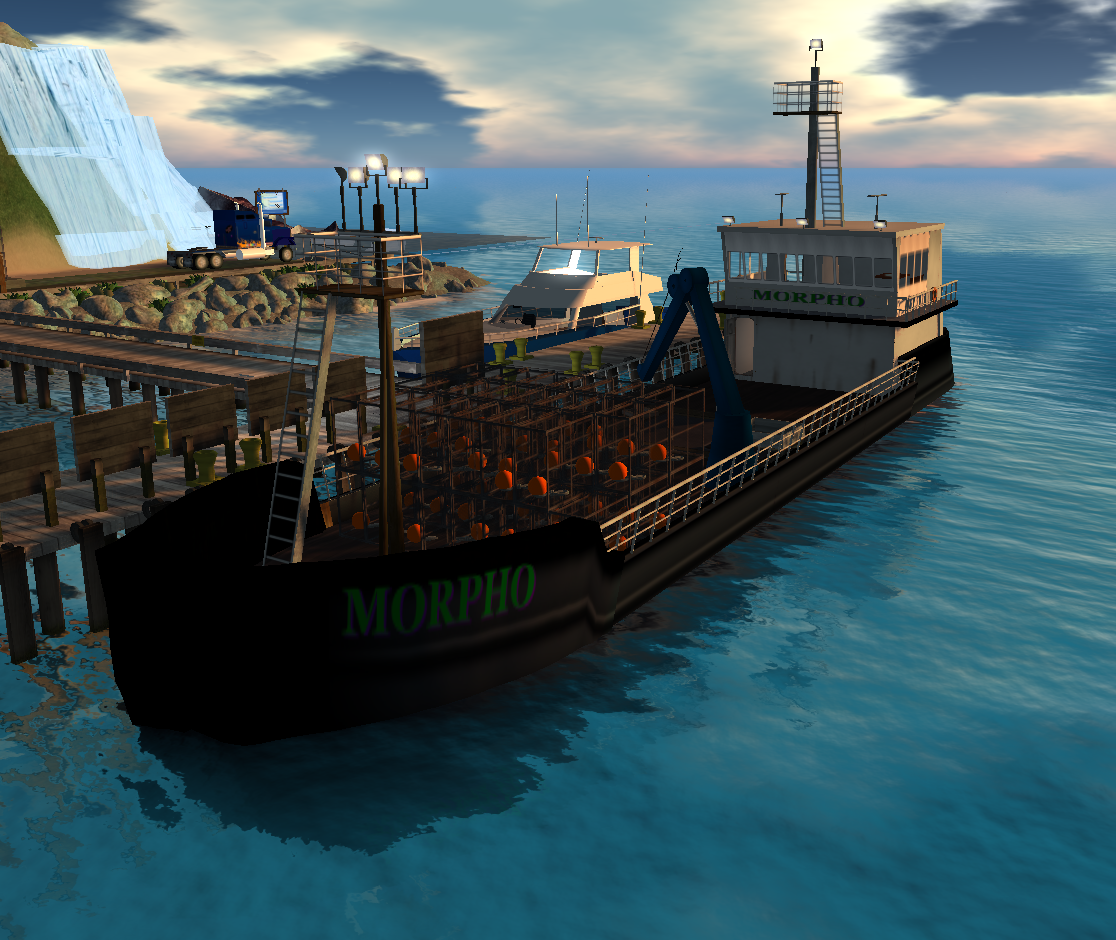 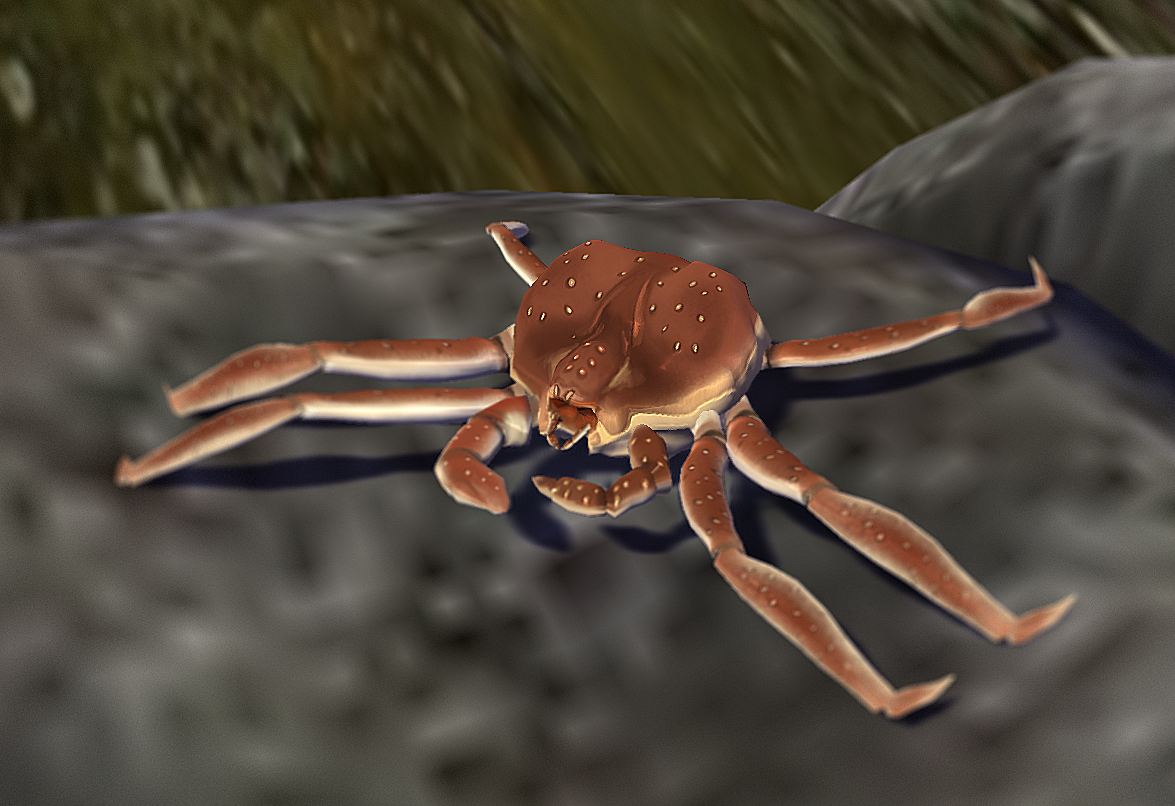 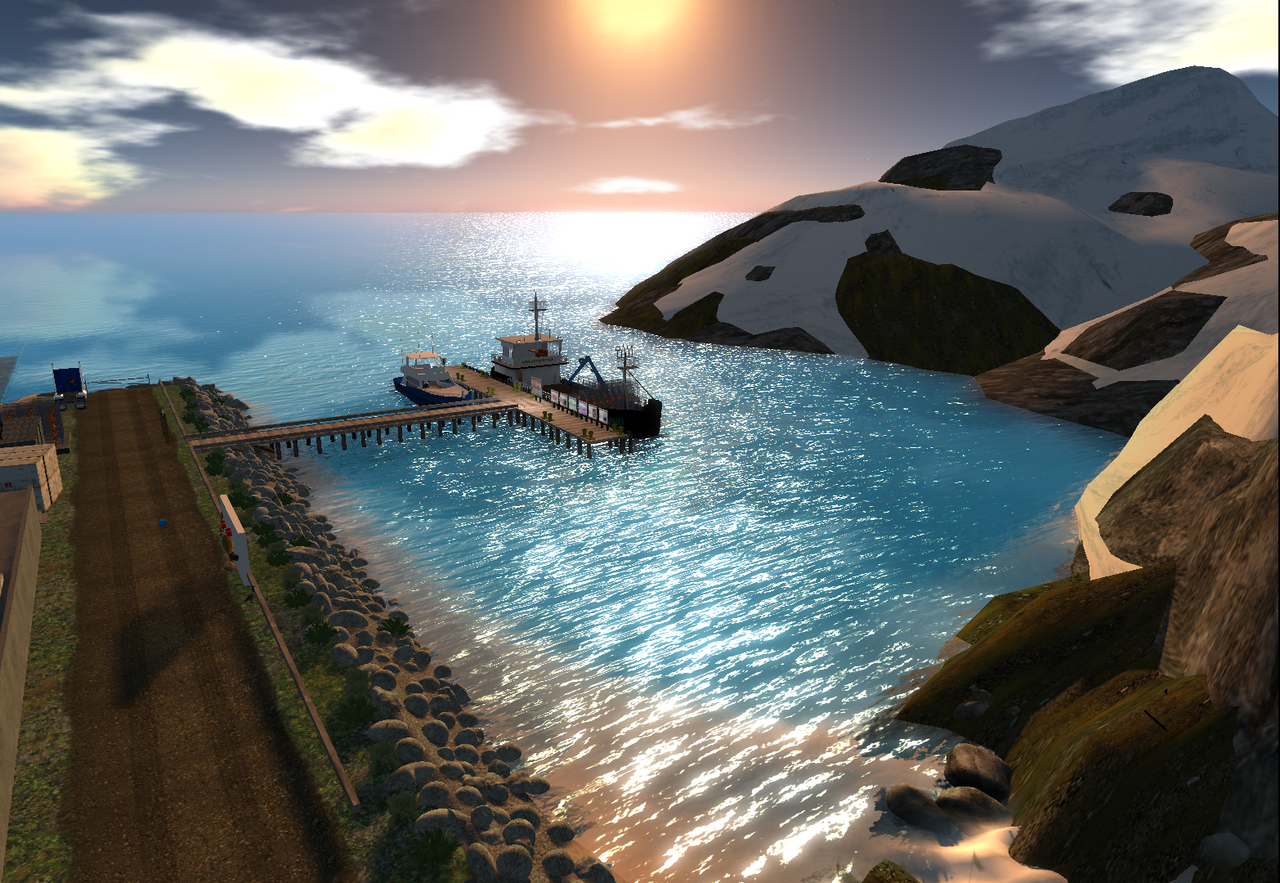 Examples of our work